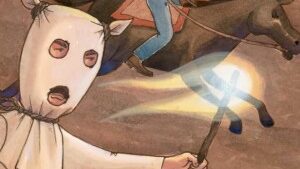 The hilarious picture book The Day The Crayons Quit, (Philomel) by Drew Daywalt and illustrated by Oliver Jeffers (mostly, he says, with his left hand) trounced the competition for this year’s Texas Bluebonnet Award.

(The image on the left is by illustrator Don Tate for another book, The Amazing Age of John Roy Lynch by Chris Barton that you’ll see more about below.)

Publishers consider the Bluebonnet one of the major children’s book awards. That’s because the Lone Star state embraces more school districts than any other (1,262 compared with California’s 1,187 in 2012.) Every year, 20 titles selected by Texas school librarians comprise the Bluebonnet Master List  — and school children across the state vote for their favorite among them. Just having a book on the list guarantees many tens of thousands of sales. The Bluebonnet Awards Luncheon is a highlight of the Texas Library Association (TLA) Conference that offers training, networking and a trade show for the state’s professional librarians.

At the conference, when not workshopping, attendees can mingle with publishing and distributing company staffers, authors and sometimes illustrators in the behemoth exhibit hall, a labyrinth of 1,300+ booths where they can also score publishers’ catalogs, chocolate and advanced reader copies (called ARCs) for the coming season’s book titles.

Neck and neck with the American Library Association (ALA) Conference in size and heft, the Texas conference event rotates around the four major Texas cities.

In mid-April, Austin, Texas hosted at the city’s convention center a few blocks’ from the state capitol.

I made the hajj (not difficult since I live here) to see pals and record an interview with London book packager Lionel Bender about the 21st Century Children’s Nonfiction Conference coming up June 12-14. (More about that here next week.)

I also made the short video (above) for those who couldn’t be there. (It concludes with a short interview of Anita Eerdmans of the small independent Eerdmans Publishing and her tip on how illustrators can submit to her press.)

Below is Eerdmans’ book trailer for The Amazing Age of John Roy Lynch, the nonfiction picture book by Chris Barton, illustrated by Don Tate. The narrating voice is Chris’s. For any newbie author/illustrator who feels ‘smaller than life’ participating in TLA (or any other big library conference or bookish trade show) for the first time, take heart. The sensation is normal and goes away after a few times.

Ideally, a school library is the nerve and cultural center, staff and student refuge and ‘portal to the universe’ of every K-12 campus.

So, yes, school librarians are the active ingredient in the conference cosmos. But so are the content creators who interact with them here. Your books and illustrations provide that universe for the kids.

Our work belongs in this space. We’re only required to make sure it looks and reads that way.

Enjoy a fascinating post from the Eerdlings blog, From the Editor’s Desk: Reconstructing The Amazing Age of John Roy Lynch about how editors at Eerdmans Books for Young Readers worked with Barton and Tate to shape the original manuscript into the finished picture book that has already received starred reviews from Publishers Weekly and Booklist. 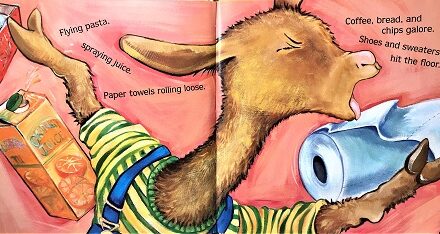 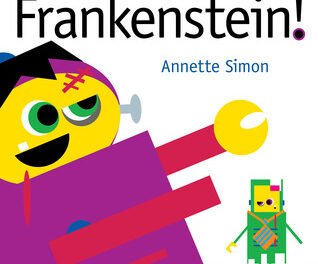 How to build a robot in Quark 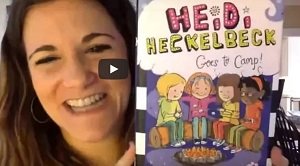 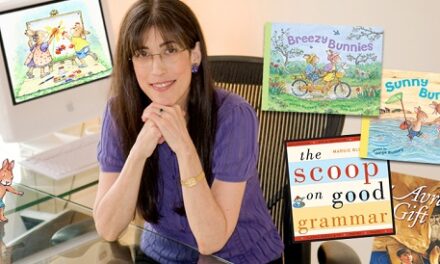