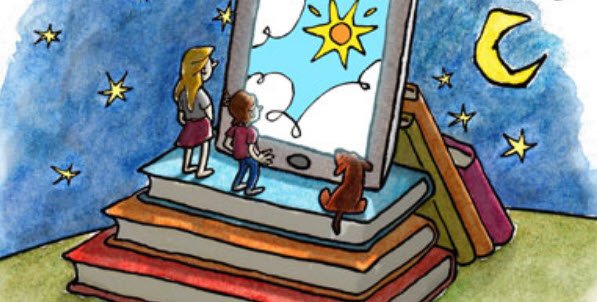 Illustrations that move and make sounds at the touch of a finger.  The age of the interactive children’s book app has arrived.

We talked with Ezra Weinstein and Richard Johnson of InteractBooks,  a publisher of books for iPads back in December in Austin.  Weinstein is a programmer, app developer, and the son of a school librarian. His business partner Johnson has a background in the computer gaming industry.

Things have moved right along for their company InteractBooks since that Saturday lunch visit.  Their free InteractBooks (Version 1) app is scheduled to be released on the Apple AppStore on February 28,  2011.  (If you want to download their free app for your mobile device you get it from iTunes right here.) Several new Interact children’s picture book s will be ready for download by then.

The company is already working on InteractBooks App Version 2.  When it comes out,  Weinstein and Johnson will also make available their free InteractBuilder tool that will run on Mac and PC platforms.

“If you want to build your own children’s book, graphic novel, or educational content into an InteractBook, please be sure to sign up for the InteractBuilder Community on our website and we will send you details as they are available,” Weinstein says.

Lots of companies are jumping into the iPad and mobile device book space,  including, of course, the major children’s publishers.  Yes, it’s a new technology scramble and you do hear allusions to the Rushes — for Oklahoma Land and 1849 California Gold.  Rush.  This is a virtual landrush that has long-time publishers and media companies drooling — and maybe a little bit frightened. No one is quite sure yet how the business model should work.  In publishing, supply typically exceeds demand and so the trick remains: How do you capture the public imagination and achieve mind share?  It’s the same old quest for readers and eyeballs, though the platforms seem to be changing.

You can read more about how entrenched traditional publishers like Harpercollins are gearing up for the new era of “reading media” and discover a few tips about how to evaluate children’s book apps in this School Library Journal round-up by Elizabeth Bird.

Weinstein and Johnson, though both love books and the idea of being publishers are also interested in selling their platform software to existing publishers, educators, and marketers. And they’ve found that children’s picture books — with their artwork that drives the stories — make a marvelous vehicle for showing off their interactive book-building and publishing technologies.

Watch more of the interview with Ezra and Richard Johnson (seven short videos total) on the IllustrationCourse.com YouTube channel.

The Association for Library Service to Children, a division of the American Library Association (ALA) awarded the Caldecott Medal to Erin Snead for her illustrations for the picture book

A Sick Day for Amos a few weeks ago, during the annual ALA Conference.  Named in honor of nineteenth-century English illustrator Randolph Caldecott, the medal is awarded each year to the artist of the most distinguished American picture book for children published in the U.S. that year. 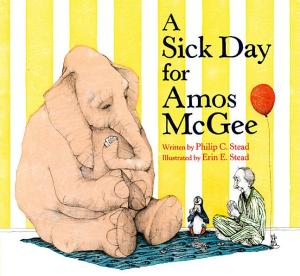 A Sick Day for Amos McGee was written by Philip C. Stead and is a Neal Porter Book, published by Roaring Brook Press, a division of Holtzbrinck Publishing.

Below are the runners-up — the two Caldecott Honor winners. 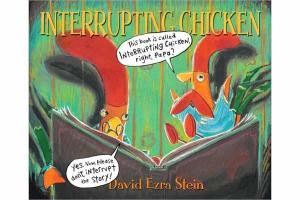 We have our winners for the free portfolio critiques and the group intensive sessions at the Austin SCBWI 2011 Regional Conference coming up in two weeks.

Illustrator Shelley Ann Jackson of Austin has won a free portfolio consultation with illustrator Julian Hector and Illustrator Debbie Meyer of McKinney, Texas has won the free portfolio critique with David Diaz — courtesy of the Texas Sweethearts and Scoundrels.

Congratulations, gang! Thank you to everyone who entered the contests!

“What’s the major discovery you’ve made or the biggest insight you’ve learned this year in drawing or  painting, or marketing oneself as an artist in  the children’s publishing field?”

So that’s it. Just write about your best discovery or insight into the craft gleaned over the past 12 months.  Your essays do not have to belong — just fun to read and genuinely helpful. Look for the award to go out in March.  I’ll review Will’s first online video course in an upcoming post.

“A Dragon Moves In” written and illustrated by Lisa Falkenstern

New York illustrator and now author-illustrator Lisa Falkenstern reports that she has completed and submitted all of her finished art for her picture book A Dragon Moves In, to be published later this year by Marshall Cavendish. You might remember that we ran a poll for her back in June to help her decide on a title for her picture book. Lisa and I want to thank all 367 readers who voted or offered write-in suggestions for titles! The feedback helped her and her editor choose from the list of possibilities they were considering but a little stuck on.

Yikes! Boots, Books and Buckskins has just about filled up and the gates are about to close.  The cut-off date for registering for the 2011 regional conference of the Austin chapter of the Society of Children’s Book Writers and Illustrators (SCBWI) is this Thursday, February 10.

The conference is being sponsored by St. Edwards University and InteractBooks, the iPad book publisher featured in this post.

Register online and/or download the conference information and registration packet.

A 25 percent off sale for the  “Make Your Splashes; Make Your Marks” course extends through the end of day Thursday, February 10.   It’s to draw attention to the 2011 expansion of the online course, which teaches how to draw and paint effectively for children’s book illustration.  The price for the 2011  version will be higher, but students already enrolled in the course will receive the upgraded features and benefits at no cost.

If you’re interested in enrolling at the sale price, you have about 24 hours from the date and time of this post to go to this page, click on the “enroll now” button near the bottom and enter the following coupon code in the field box on the registration form where it says, Enter coupon code:   Here’s the code ED292AF0DC

The code is good through the end of Thursday.
Current and past (online) students do not have to re-enroll.  You’re already in.

The Houston SCBWI 2011 regional conference The Art of Book Craft is set for Saturday, April 9 at Merrell Center in Katy, Texas.  Get your details and registration form here.  Let me just telegraph some of the line-ups of presenters:

and more authors, agents, and editors. Diandra Mae,  a friend, and the illustrator -coordinator for the Houston SCBWI chapter says that Laurent Linn, the art director for Simon and Schuster plans to  “do a general assembly presentation as well as a ninety-minute breakout session for illustrators, portfolio critiques.”

“He’ll also judge the portfolio showcase,” she adds. “We’re ironing out all the details of his sessions now, but I’ve heard he’s  a fantastic presenter!”

Is your buffalo ready for kindergarten?

Austin SCBWI illustrators enjoyed meeting Daniel Jennewein,  illustrator of Audrey Glassman Vernick’s picture book Is Your Buffalo Ready for Kindergarten (Balzer & Bray/HarperCollins) on his swing through Austin on a U.S. book tour that was scheduled to include an appearance at the SCBWI National Winter Conference in New York City.  Jennewein works as an illustrator and commercial designer in Frankfurt, Germany.  Some members of the Inklings, a picture book critique group under the Austin SCBWI took him and his wife, YA literature blogger, and Texan Lenore Applehans to lunch at the Shoal Creek Saloon after Jennewein’s appearance Saturday, January 22 at BookPeople. They were accompanied by several other Central Texas YA blogger friends.

Richard Johnson and Ezra Weinstein, founders of InteractBooks at Tokyo Sushi. See all of the interview videos at http://YouTube.com/user/IllustrationCourse 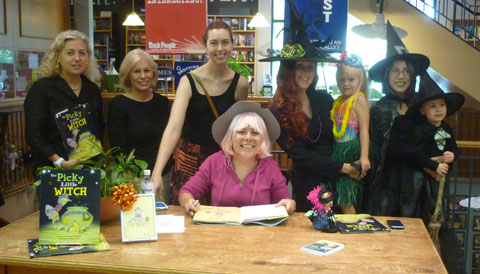 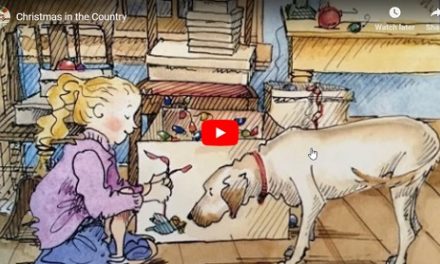 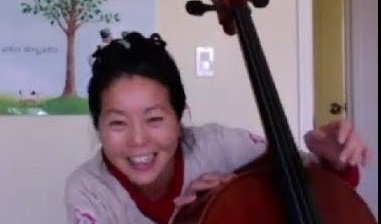