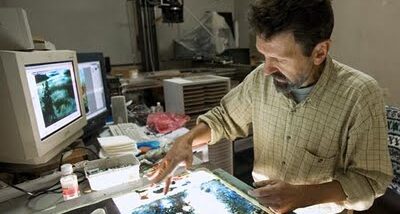 Russian animator Alexander Petrov works a lot like a children’s book illustrator to make his films, though his films hardly rate as children’s fare. In the previous post we saw his mesmerizing film The Mermaid based on a Pushkin tale and the Slavic legend of the Rusalka. It’s a tragic telling definitely not for children.

In this 2010 animated short, he commemorates the 1,000 year anniversary of his hometown, Yaroslavl outside of Moscow. He seems to celebrate childhood (someone’s childhood, anyway) growing up in a WW2 (or post-war) era Soviet Union.  The cartoon reminds me a bit of the film Armacord, in which auteur director Federico Fellini waxed nostalgic for his boyhood in Mussolini’s Italy.

Below are two videos of Petrov showing parts of his process.

See how he relies on reference for his animated version of  Ernest Hemingway’s The Old Man and the Sea, which won the Academy Award for “best animated short” in 2005. The friend or neighbor acting out the part of the aged Cuban fisherman Santiago hauling in his giant marlin and the little reference model of Santiago’s sailboat seen at different angles, under different light sources.

The video also shows how he uses simple line drawings in an extensive  “thumbnail storyboard.”

“The scenario in pictures, a sketch or plan is a very important element,” he says in a rough text translation that’s included on the video’s YouTube page.

“The storyboard is a live organism for me during the cinema. There are some changes — shifts of plans as I try to find new perspectives to show things in the scene.”

An example is the sequence of the young monk in The Mermaid shoving his canoe off into the river, hand-painted ripples radiating out in the water. Petrov paints the scene from the point of view of —  say — an owl in the treetops.

Carefully working out an interesting storyboard with many fresh points of view usually pays off,  Petrov says.  “I come to this [the actual animation] more confident, enriched by doubts. Only by having the seed of the storyboard sketch, do I dare on to the following stage.”

That stage is painting directly on the glass panes. (It’s a bit like painting over a light box.) Petrov uses ordinary “artists oil paints, which can be bought in any shop,” he says  He chooses transparent or “glaze” paints, which pass light through the glass layers. “Case paint and white wash do not pass light but only reflect it,” he explains.

He paints with only “three or four or a maximum of six colors.”

“Thanks to the mixture of paints and using them in thin or more dense layers, it is possible to achieve any picturesque effects,” Petrov says.

“For picture creation different tools are used. You see here, rubbers, brushes, sticks rags. Many different ways but a hand remains to be the most important tool. The hand, palm and almost all fingers remain the main tools,” he says.

“Shooting and drawing occur practically simultaneously,” Petrov adds. “To create prospective movement I need to destroy the drawn base of the moving character or object and  restore a picture nearby with a shift.

“All animation consists of creation and destruction of the same picture.”

In the video we see him squeezing oil paint on the glass, spreading the colors with his fingers and scrapping away the paint with sticks to create lighter values and negative lines.

“It’s not necessary to draw eyes or buttons and its enough to make an expression of dabs,” he says.

See the video and read his post about Petrov’s The Mermaid. 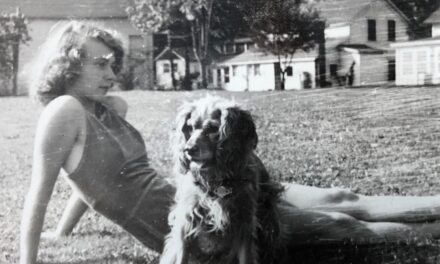 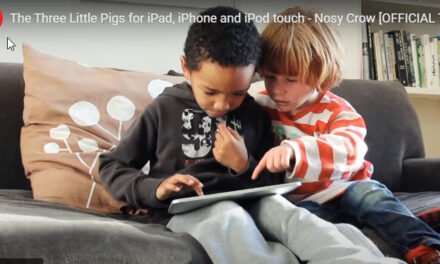 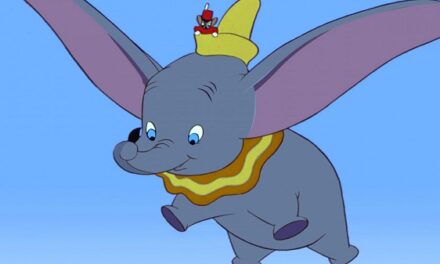